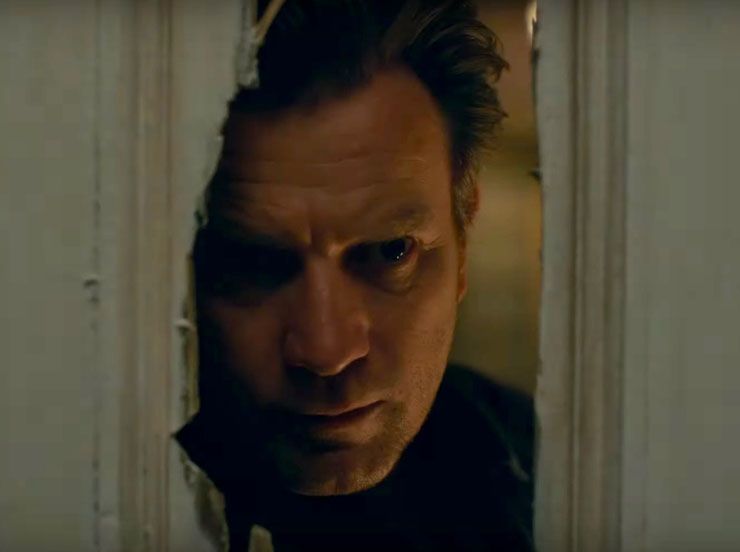 What’s It About:
In this sequel to Stephen King’s classic, young Danny has grown up into a troubled addict, though he can still shine. He is contacted this way by a young girl named Abra, and the two of them end up on a collision course with a band of killer vampires.

Audiences Expect:
Anyone who has seen it can attest that The Shining is one of the great films, and quite possibly the most chilling horror film we have had the pleasure to witness. But perhaps what was not obvious were the internal wranglings between director and perfectionist Stanley Kubrick, and writer Stephen King who ended up detesting the movie adaptation of his novel.
Fast forward almost 30 years, and Mike Flanagan has taken on the unenviable job of making a film of Stephen King’s sequel to The Shining, Doctor Sleep. And somehow he has managed to pull a rabbit out of the hat and get the blessing of both Stephen King and the Kubrick estate.
By remaining faithful to the psychic mysticism and fantastical nature of the books, while at the same time lovingly recreating some of those iconic rooms at The Overlook Hotel, it is clear that Flanagan is a massive fan of both the books and the film. It would also be true to say that his film, while obviously based on King’s sequel, also feels like an homage to Kubrick's film.
The story is centred around the young boy Danny, son of the deranged Jack Torrance who is not all grown up. He’s an alcoholic, perhaps unsurprisingly, and is drifting from day to day, when he is gifted a lifeline and found bed and board while working in a hospice, where he earns his name by using his Shine to speak to the dying and send them on their way in the nicest possible manner.
But then he is contacted by an 11-year-old girl Abra, who has similar powers to Danny, and clearly sees the murder of similar beings by a sinister group of travelling vampires under the director of the creepy Rose The Hat. Think Fleetwood Mac without the music and with a taste for devouring innocent youngsters, or at least their very souls. Inevitably the three are destined to clash, and where better than The Overlook Hotel.
Ewan McGregor impresses, as usual, as the wayward loner reflecting on his broken life, and his scenes with newcomer Kyliegh Curran are thrilling, but unfortunately for both of them, Rebecca Ferguson delivers one of the more chilling performances on screen as a murderous vampire. With a sinister and creepy demeanour, her performance is one that will live long in the memory, and she is aided to some degree by another impressive turn by youngster Jacob Tremblay.
Admittedly it does lack some of the jumps and outright scares of The Shining, but thanks to Ferguson, Doctor Sleep is something that really gets under your skin, aided in no short measure by director Mike Flanagan’s wonderful recreation of The Overlook Hotel – which inevitably taps into some chilling memories.

In A Nutshell:
Flanagan’s Doctor Sleep, which pays homage to both King and Kubrick, will certainly keep you awake thanks to its truly menacing villain.

Highlight:
Rebecca Ferguson’s sinister performance
Jacob Tremblay impresses once again
The recreation of some of those classic rooms
Somehow placating both the King and the Kubrick sides to get this made

Lowpoint:
It could have been a touch scarier