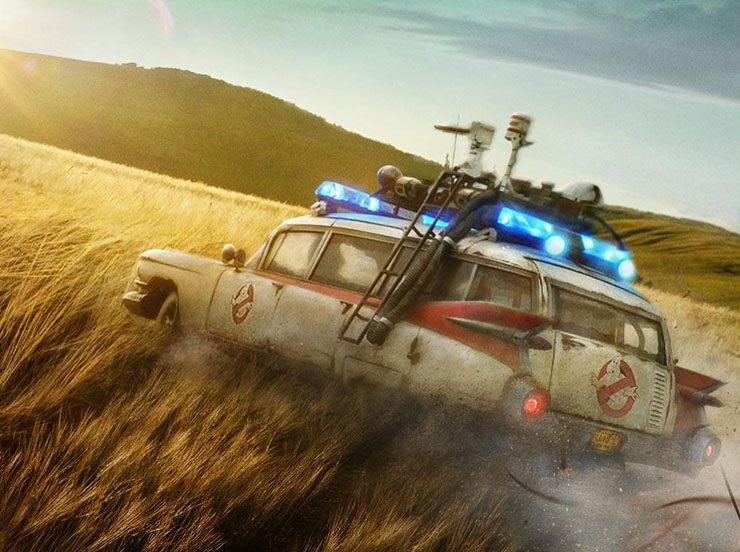 What’s It About?
A family move to the middle of nowhere after inheriting a ramshackle building from their estranged grandfather, only to find themselves caught up in the middle of a ghost epidemic.

Director: Jason Reitman (Thank You For Smoking, Juno, Up In The Air, & more recently The Front Runner)

Audiences Expect:
Ghostbusters is a classic, but if you watch it now, and whisper it, it really isn’t thatamazing. Yes it’s got a great SNL cast and it is ajoy to take a trip down nostalgia lane, but it is not the mind blowing masterpiece you remember it to be.
That said though, it is still a great, fun, family movie with a kickass song. The sequel was admittedly a little underwhelming, and Kevin Feige’s reboot with an all female cast in 2016 didn’t manage to ignite audiences, despite being serviceable, so now we come to Jason Reitman’s 2022 incarnation.
First off, Ghostbusters Afterlife is clearly made by people who loved the original movie – after all director Jason Reitman’s father actually helmed the original, while the regular throw backs to the original storyline ensure that the two films are carefully intertwined.  Yet the film does move the story along somewhat.
Struggling single parent Carrie Coon and her kids Finn Wolfhard and Mckenna Grace inherit a farmhouse in the middle of nowhere, namely Oklahoma, from her estranged and frankly crackpot father. Things seem promising initially as the three try to fit into their new surroundings, welcomed by the always charming and affable Paul Rudd as a supply teacher and seismologist nerd. But needless to say things soon go pear-shaped when the underground tremors in the town begin to increase in frequency and violence, but what could be causing them?
McKenna Grace excels in the geeky daughter role, and is ably supported by Finn Wolfhard, Carrie Coon and Paul Rudd in this Stranger Things meets Ghostbusters hybrid bit of fun. Light, entertaining, and with more than a nod or two to the original, Ghostbusters Afterlife is a nostalgic treat.

In A Nutshell:
A warm hug of a movie, indulging in warm fuzzy nostalgia and bringing Ghostbusters to a whole new generation.

Highlights:
Strong cast but particularly McKenna Grace and a bit shout out to the affable Paul Rudd who makes everything better.
A good update on the story, while still anchoring itself in the nostalgia of Ghostbusters.

Lowpoints:
Some may find it a little lightweight and relying on the nostalgia of the original though that seems a tad harsh.