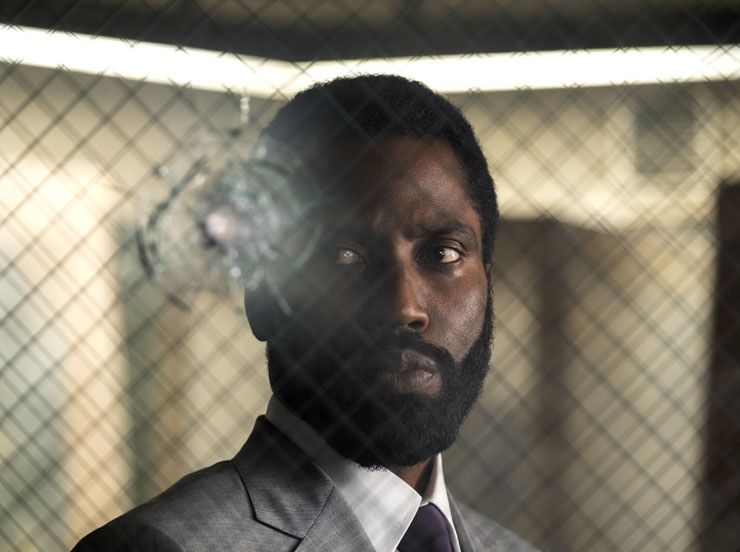 What’s It About?
A CIA agent immerses himself in the world of international espionage, embarking on a mission to prevent the end of the world.

Audiences Expect:
Christopher Nolan has a pure love for cinema, and it is so clearly expressed in his remarkable roster of films to date. And Tenet is no exception. With audiences starved of seeing films on the big screen and hopefully – from the industry’s point of view – desperate to return, then they don’t come much bigger than Tenet.
With its rich texture, beautiful shots, intense action sequences, emotional score and cracking cast, Tenet feels like an even bigger canvas for Nolan to create on. After masterpieces such as Memento, Inception, The Prestige and The Dark Knight, anticipation was always going to be high, and it would be fair that the industry is collectively holding its breath to see how this juggernaut of a film with its $200m budget is going to perform.
The film stars John David Washington, son of you-know-who, as a CIA agent who proves his mettle, before being assigned a mission of the utmost importance - to save the world. After a scintillating performance in BlacKkKlansman, Washington dominates the screen as The Protagonist, effortlessly oozing charm when required, and action on demand, most notably rappelling up and down walls in India, and using a cheese grater in a novel way.
Washington is aided by the ever-impressive Robert Pattinson, soon to be Batman, and the hugely talented Elizabeth Debicki, while Kenneth Branagh continues his brand of stereotypical baddie with immense enthusiasm.
It’s probably best to go into the film relatively blind, and is certainly easier for us not to go into details partly to avoid spoilers and partly because it is pretty challenging to explain. And therein lies the problem. Despite looking incredible, and backed up with top performances and a rousing score, the actual plot becomes increasingly impenetrable. It is loosely based around the concept of time, but while Memento and Inception and even The Prestige made the audience work a little harder, and eventually get to the right point, Tenet becomes overly convoluted in the final act.
Clemence Poesy, who plays a scientist in the film, hits the nail on the head with the line: “Don’t try to understand it.” And she’s right. Or perhaps Nolan has hit upon a clever marketing strategy in the current climate to ensure all viewers return for a second helping. The Low-Down is certainly keen to return to it…

In A Nutshell:
Sumptuous on the screen, beautifully shot with a cracking cast, but an increasingly impenetrable plot.

Highlight:
Visually, it is incredible and even more so for seeing it on IMAX.
Cracking cast.

Lowpoint:
It is by far Nolan’s most complicated and least accessible storyline and certainly requires an additional viewing or two.